Treacherously Beautiful: The Path of Sexual Purity in the 21st Century 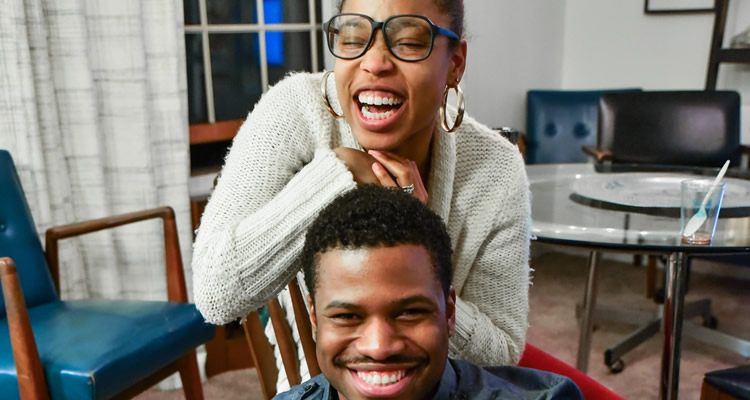 Treacherously Beautiful: The Path of Sexual Purity in the 21st Century

In my time as a Christian, I have heard many men lament to me that women and the whole ‘no sex before marriage’ issue, or the monogamous marital lifestyle is the greatest challenge in their spiritual walk. In fact, some would credit women as being the chief architects of the broad road that Jesus speaks of in Matthew’s book. I find it intriguing that most of the problems of Old Testament days no longer pose any great concern in this our modern world. Microwaves, automobiles, antibiotics, the Internet and other advances – technological and beyond, have seen to that. But evolution has yet to conquer the challenge that sexual purity presents. The boys at Apple, Orange or BlackBerry can’t sort it. Neither, it seems, can the institute of marriage (which some naively enter believing it to be the cure to any philandering past). Canvassing the thoughts of both male and female friends spawned a surplus of opinions too broad to recount in their entirety. To say that everybody has a perspective is by no means a generalisation. One school of thought suggested that sexual purity is a hopeless cause; believing instead that humans, and especially men, were not designed to be with only one person or engage an existence absent of promiscuity. “It’s impossible!” was the cry. Well I can assure you my brothers and sisters (especially the brothers), that whatever ideas adverts, movies and contemporary culture may provoke, this is not the case. For if God has created us in his image and instructed us to imitate him (Ephesians 5 v.1), then it is possible. Though I am convicted of this, oftentimes I found these opinions became a catalyst for more questions than answers. Questions such as why there is so little uniformity over what purity is (despite it being well documented in the Word)? Why is it such a sticking point for guys? Why is it so coolly accepted that Gods army is heavily populated by defeated soldiers on this battlefield? Why, why, why? Eventually I stopped with the questions and, as well as becoming honest with myself, petitioned the Holy Spirit for answers.
Purity! What?
If I was to believe what the world classed as sexual purity, I would tell you that it is having sex with a condom. Speak to church folk and the word on the pews directly links purity with virginity. Well, for the fundamental reason that impurity can still exist in both of these scenarios, I quickly threw these out. A more careful search uncovered what to date, has been the strongest explanation of purity I have seen. In very ‘matter-of-fact’ fashion it is defined as, ‘the state of being without mixture’. Something without mixture retains beauty, significance in innocence and, crucially, purity. Allow me to elaborate. Take a bottle of pure Evian (a friend tells me it’s the best though I can’t taste the difference) water that is sealed. If you were thirsty and I offered it to you I’m sure you would gladly oblige. Now imagine that I had first opened the bottle, drank from it, and then offered it to you to drink. Though I know some people who would still drink it (others wouldn’t dare), you perhaps would not receive it as readily. Further still, consider if I now spat in the water. Exactly. Although the content of the bottle is still Evian water – it looks the same and has the same consistency – it is no longer pure. Unfortunately, this all too often exemplifies what the church and its people have become. We have Gods message but not his image; we talk like him, but we do not look like him. Essentially purity is Jesus; or at least he is the representation of the concept in human form. As such, for us 21st century folk, purity is the re-presentation of his image in us.

How can I be pure?
In answer to the question of how one can strive for purity, it is perhaps best to first highlight how you can’t. Like a desire without a plan, the goal will not be achieved if attempted by our efforts alone. Paul was right to emphasise that we can do all things through him who strengthens us (Philippians 4 v.13). There is nothing worth achieving, nothing that courts legacy, that can be accomplished solo. Just ask Samson who spent his life leaning on his ability until he eventually fell.
The word advises us to, ‘Flee the evil desires of youth, and pursue righteousness, faith, love and peace, along with those who call on the Lord out of a pure heart.’ (2 Corinthians 2 v.22) Key to this passage are the words ‘pursue’ and ‘with’. The former suggests that purity is something that requires a battle, tenacity, effort and, crucially, is trying to get away from us. We cannot be passive and effective in matters of sexual purity. When discussing this topic with others I asked if they felt it was natural. The overwhelming response was that it isn’t and I would agree. In man, God has placed particular desires that are challenged by the paradigms in which we are instructed to satisfy them. But this is not an excuse to give in! On the contrary, these boundaries are in place for our security and freedom, so we must fight harder to follow the Word closely. Joseph, one of my bible favourites, modelled this admirably. After the advances of Potiphar’s wife, he did not negotiate; he fled! He had a dream and such an act was not part of the plan. He lost his garment but you can’t always save it all. You may have to lose your garment, ‘friend’ or pastime to save the dream. But it is the big picture – the one that offers perspective – that we must chase. The latter key word, ‘with’, suggests that the quest for purity is fought with others. On your journey you must be accountable to somebody. Ideally that person should also be a Christian who understands spiritual things. So forget Fantasy Football for a minute, and assemble your ‘life’ team. They could win you far more than a virtual league title.
It is important to be clear on the fact that purity is a process and not a destination that you arrive at after making a decision. Let us not even fatigue ourselves trying to achieve purity by our works, for that is just a precursor to frustration and guilt. I once was told that a person must be a good amateur before they can be a good professional. Just as you would not journey from Sunday League football to the Premiership, let us understand that we do not transform from impure, filthy beings, to purity personified overnight. But let us rejoice in the fact that there is a way out. I do not write this piece from a judgmental vantage point. Rather I am sharing this to offer encouragement as well as advice regardless of where you are on your treacherously beautiful journey.
Romans 8 verses 1 to 4 says, ‘Therefore there is now no condemnation for those who are in Christ Jesus, because through Christ Jesus the law of the Spirit of life set me free from the law of sin and death. For what the law was powerless to do in that it was weakened by the sinful nature, God did by sending his own Son in the likeness of sinful man to be a sin offering. And so he condemned sin in sinful man, in order that the righteous requirements of the law might be fully met in us, who do not live according to the sinful nature but according to the Spirit.’ I can almost hear the collective sigh of relief. Clearly, there is reason to fight another day.
Well, I write to encourage you that the narrow road does have an address and, thankfully, residents too. My prayer is that a greater number of us can navigate our way there. We must, because although we live in a different age, the rules remain the same because the Creator of them does not change (Malachi 3 v.6). Will the journey feature some pot holes? I’m sure. Temptations? Certainly, but this is not sin unless it concedes to desire. Is there a chance of cuts and bruises? I say don’t rule out broken bones! But if ‘life’ is the final destination, then like our brother Paul, I do not even consider these present ‘sufferings’ (Romans 8 v.18). Let us die to self rather than be dead in sin by corralling our thoughts and actions. Let us stop renouncing our authority in Christ. Let us be deliberate in our pursuit of purity. If I had to create a slogan it might read, ‘Choose Purity. Choose Life.’ Nike would be proud; but I suppose Daddy would be even more satisfied. In any case, I’m sure He could do with more company at the small gate. So who is up for a treacherously beautiful road trip?