Is it all I thought it would be?
Written by: Ima Duro Emmanuel 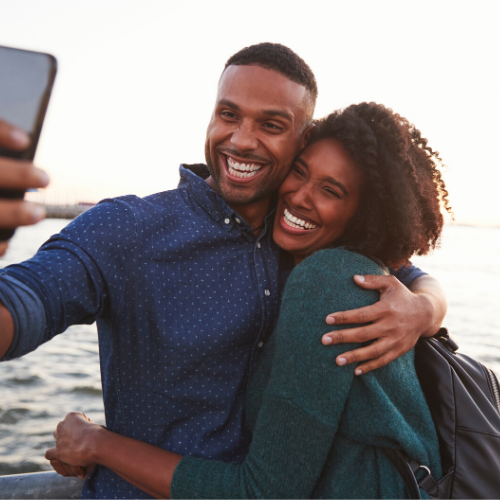 So… a friend was asking me the other day if marriage was all I thought it would be. My answer to her was: it was not what I expected it to be but it was more than I hoped it would be.

Why do I say that?

Well because, as a child growing up I was brought up to believe in Prince Charming. I should just put it out there, but I think Prince charming is one of the biggest injustices I think that has been perpetrated on young girls.

I should also clear up, that it wasn’t like anyone said ‘Believe in Prince Charming because he is real. It was just the idea that the parts that make up the ideal husband is what I should be looking for. I think in some of us in our youth it led us to rate certain factors about a partner as important when they truly are not and to set unrealistic expectations.

So as a young girl I saw life in black and white. People were very obviously bad or very obviously good. But as I grew older I realised there was a lot of grey in people. And none more so than in my twenties when expectations came crashing down.

I found out the hard way later on and although it opened my eyes to not be so trusting, I think at the very back of my mind I was still waiting for that prince. That’s why I had held out for so long from really pursuing anything seriously. Because I knew that I would know the moment I saw him.

The butterflies would come, I would want to be around him all the time and vice versa, we would love each other and his family would love me and vice versa. And truth be told I did not feel that pressing need or desire to get married, the way my other friends and family did or talked about. I was also trying to be an independent woman. But nowhere in my expectations did I consider what God wanted for me, only what I expected for myself. And the butterflies did come…..and so did the heartbreak.

It was the shattering of many tiny pieces of my heart. But I lived. Then I was angry. Not at him but at myself but because I had let another human being become my god when I had not even given God a corner in my heart. So, pause for a minute.

There I was now in my 30s after a lot of wasted time, suffering from heartbreak which was affecting many other areas of my life, hearing the tick-tock sound of my body clock and seriously thinking about my life and how long it would take to get past this heartbreak.

All that wasted time. It was at that moment in time that I realised that I was powerless, powerless to turn back time or to heal myself. But it was also during this period of sadness that a sense of calm also began to come over me. If my life could have been a meme at that point it would have been – keep calm and let God take the wheel.

And that’s what I did. It was not easy. But you know what he truly did. The blessings of God are rich and he adds no sorrow to it. People talk about scriptures that get them through tough times. That was mine. If we really think about it: God loves us so much, so why would he want something that was not good for us. That applies to marriage as much as anything else in life.

No one needs to go through the torment of heartbreak to get to a point where they say ‘let God’ but it is a critical place to get to in our thinking. And some days I fail but I am on the journey.

In my next blog I will talk a bit more about how marriage has been more than I hoped it would be and how the journey to getting hitched has been a rather… shall we say, interesting one.